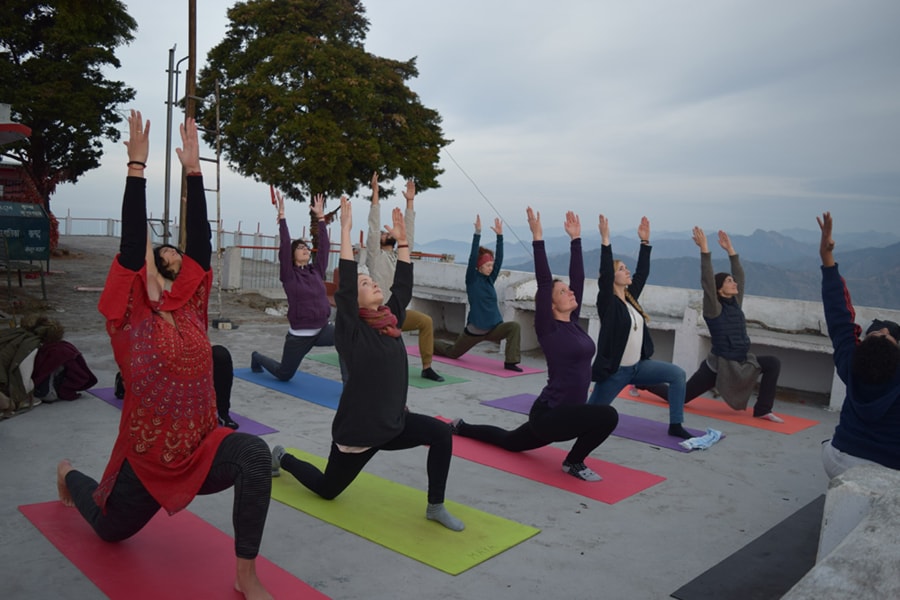 Whether you want to become a yoga teacher or you want to strengthen your personal practice, deciding on a Yoga Teacher Training Course (TTC) can be a difficult task. With new schools opening up all across the world, choosing where to enroll has never been more confusing. The birthplace of yoga – India – has been a popular destination for TTCs. But, is it right for you?

Across the Western world, yoga has become popular because it is a valuable form of physical exercise. However, in Indian traditions, the foundation of yoga is the human spirit. Discovered in ancient Sanskrit philosophical texts, yoga has been revered as a holistic approach to life for thousands of years. As a result, these traditions are entrenched in the fabric of Indian culture. Students who choose a TTC in India get to experience this cultural authenticity first hand.

Yoga Capital of the World

Located in the foothills of the Himalayas in northern India, Rishikesh is widely considered the yoga capital of the world. Brought to the attention of Westerners by a visit from The Beatles in the late 1960s, Rishikesh has served as a center for learning and practicing yoga long before the iconic rock band studied Transcendental Meditation under Maharishi Mahesh Yogi. In fact, Indians seeking yogic education, solace, and even spiritual enlightenment have journeyed to Rishikesh for ages. Located on the banks of the Ganga River, it is home to the most reputable ashrams and schools in the world. Yoga TTC’s and retreats can be expensive. It is not uncommon for students to pay upwards of $5000USD to complete a month-long program. Since foreign currencies – in particular, the Euro and Dollar – have a favorable exchange rate, courses in India quite often provide a considerable financial advantage. Additionally, Tourist Visa’s are reasonably priced and relatively easy to secure when the purpose of your travel is to learn and practice yoga.
Read More: 200 Hour Yoga Teacher Training in Rishikesh

When it comes time to make your final decision the most important factor is: You. You have to be honest with yourself and what you want to gain from your TTC experience. On one hand, a culturally immersive program in India is intense and requires commitment. On the other hand, the opportunity to study and practice in the land where yoga originated is definitely worthy of your consideration. While you research your options remember one thing, no matter where you choose to study, your journey into yoga will be well worth your efforts.
5 / 5 ( 1 vote )
No Comments