Difference Between Ashtanga and Vinyasa Flow 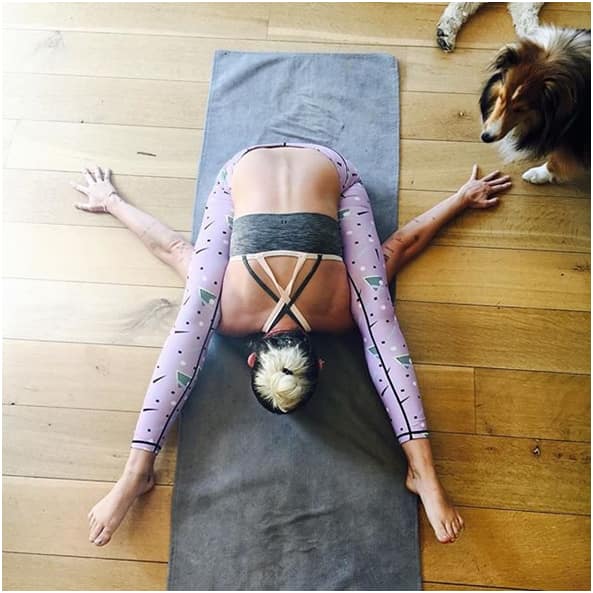 Difference Between Ashtanga and Vinyasa Flow

One common misconception is in yoga exists between Ashtanga Vinyasa and Vinyasa, two of the most popular styles today. With a little reading, and an open heart, the differences will become clear.

Both styles arise from the Krishnamacharya Yoga lineage, and both highlight breath-centered movement. Movement and breath align and poses will not be held for more than five counts. The similarities stop there, thought while the differences fall into three categories: sequence, asanas, asymmetrical shifts, and teaching style.

Both Ashtanga and Vinyasa employ a three-pose transition, called a “Vinyasa,” which includes Chatturanga, Upward-Facing Dog, and Downward-Facing Dog. This is where the confusion begins. Vinyasa is simply another word for transition.

Ashtanga Yoga entails of three series of postures: primary, secondary, and advanced. The series are in a particular order. Before moving onto the next phase, each series must be mastered and memorized. The predefined order of postures (asanas) that students practice the same way, every time. There is no variation here, ever. There may be modifications, but the practice will always look the same, no matter what.

Vinyasa class sequences vary from teacher and practitioner. There is no set series of movements. The practice itself is almost a free flow, hence the commonly used term Vinyasa Flow. Each practice can appear entirely different than the previous or preceding one. And this change based on the teacher and the practitioner.

Ashtanga foundations are based on a set category of asanas. The primary series centers on forward bends. The secondary series focuses on back bends. And the advanced series emphasizes arm-support and arm-balancing poses. During the progression, the postures become more increasingly more complex.

Vinyasa Yoga sequences often highlight challenging poses. Referred to as peak poses, the teacher selects poses for a particular practice or objective. During the class, the teacher guides students through a sequence of postures as preparation for the peak pose. Recovery poses are also incorporated. 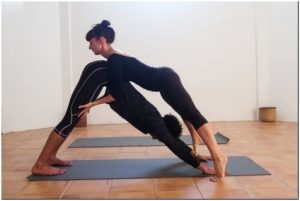 Ashtanga performs an asymmetrical pose on the right side, moves through a Vinyasa, and then repeats the pose on the left side.

Vinyasa Yoga, several asymmetrical poses are done together before performing the Vinyasa and switching to the other leg.

Ashtanga has a unique version of teaching. It is teacher-led, but the primary focus is on student autonomy. The method is called “Mysore” which means self-led. Mysore style utilizes memorized Ashtanga sequences. Each student moves according to the appropriate rhythm and level for the practice. During this time, teachers monitor the students and provide individual adjustments and instruction, as needed.

Vinyasa Yoga is teacher-led in a traditional sense. Vinyasa classes are lead by a teacher who offers instruction, cues from start to finish, and tips for each pose. The teacher guides the class as an entire unit, then offers some personalized adjustments.