Tag : how to perform asana

Home /  how to perform asana 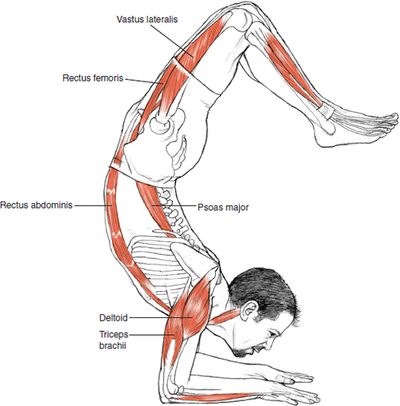 Vrischikasana or Scorpion pose. How to perform

Vrischikasana or scorpion pose. Once upon a time, there was a sage who was bathing in a river. When he stepped on the river bank, he found a scorpion trapped between two rocks, desperately struggling to escape. The sage freed the scorpion by moving the rocks. As soon as it was free, the scorpion stung the sage with its poisonous tail before scampering away. An onlooker laughed and told the sage that it served him tight to save a scorpion. To which the sage replied, “ I behave as per my nature and it behaved as per its own.” What is the connection between Vrischikasana and scorpion?

We must each live our lives as per our nature. Other people should not influence. The story draws on a very important yogic philosophy – swabhav or our inner personality. Do we live our lives true to our nature or do we constantly adapt or pretend to adapt to the environment around us that knots our minds, knots that can only be removed through yogic practices?

Hindu methodology associate scorpion with the goddess Chamunda. People also know her as the scorpion-bellied goddess. She is depicted as a gaunt, emaciated goddess with many arms, who is associated with crematoriums and battlefields. She is surrounded by corpses and ghosts and feeds on the entrails of the dead. Therefore, her concave stomach displays a scorpion which adds to her ferocity. She is a frightening goddess.
This image, in non-Hindu mythology, gods and goddesses take various forms, some romantic, some lovable, some delightful and some frightening. They express all human emotions.
Thus, for Hindus, this is the form of the goddess. Even the crematorium, ghosts and goblins are part of the divine scheme of things.
In tantric traditions, by meditating on this inauspicious, frightening and undesirable things that we can see the true nature of the world and attain wisdom.

How to perform Vrischikasana or Scorpion pose

This posture resembles the curled tail of a scorpion ready to strike its prey. And incorporates the challenge of a backbend into an already tricky inverted position. A common problem that students face while practicing this asana is the floor. In the sense that their face touched the floor when they get up into the inversion. This is caused by an initial fear response which compels the practitioner to bring their shoulders as far forward as possible. When, in fact, the ideal position for the shoulders is directly above the elbows.
This orientation offers the most ground clearance for the head, and by stacking the upper arms bones vertically, the balance is then reliant on bone support instead of pure muscular exertion.
You can learn  asana Vrischikasana and more others yoga poses in our Yoga Teacher Training Course.
Read More
No Comments
SPECIAL DISCOUNT AVAILABLE FOR INDIAN STUDENTS
CALL OR WHATSAPP FOR MORE INFO
+918077214182
+918077214182
SPECIAL DISCOUNT AVAILABLE FOR INDIAN STUDENTS CALL OR WHATSAPP FOR MORE INFO