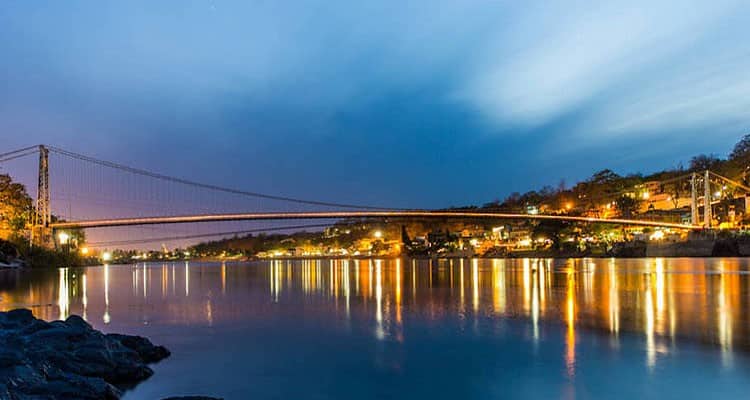 Things to do in Rishikesh for Cool Getaway Fun, Adventure and Thrill

Where heavenly abodes spray the rays of love, and nature spreads its mystical tentacles through the Himalayas. It is Rishikesh, in India. Situated towards the North of India, in Uttarakhand, it is a land of God. And for adventure seekers for its religiosity fervor, thrilling activities and beauty making it a most preferred choice for the million tourists and pilgrims.

In Rishikesh the glistening river Ganga flings an exciting charm, the chants from the temples touch the soul, the scenic backdrop refreshes the senses and adventure raise the nerves. There is everything for everybody.

Let us here make you know about few marvels that make Rishikesh so lucrative.

Rafting in the river Ganga is both thrilling and fun. Except for the months between October to June, and monsoon. All other months are best to challenge your spirit over the river. However, it is better to do the rafting in weekdays. As the crowd is less and you will get more attention. River rafting has 13 rapids and stretches to choose. The stretches are ranked on the scale of 1 to 5 depending on the movement of water over the underlying rocks, river volume, and rock size. And with the interesting names of rapids like 3 Blind Mice, Sweet Sixteen, Black Money, Roller Coaster, Back to sender and Cross Fire makes the experience of river rafting even more exciting.

The effect of Rishikesh gets more intoxicating with the pleasure of night camping amidst the natural divine lands when the moonlit rays spread across the green terrains. You can enjoy the camping with family, friends, and colleagues bringing the memories alive. Besides spending night under the stars, camping has for you river rafting, body surfing, cliff jumping, bonfire including options to play games besides meals and snacks. A best get away far from the maddening crowd, isn’t it!

Rishikesh is a yoga capital of the world, making it a most preferred choice for the yoga lovers. There are many yoga Schools, institutes, and ashrams especially for teaching yoga and generating awareness about health through yoga in Rishikesh. Just imagine learning yoga amidst the Himalayan ranges or sounds of chants and the rhythmic Ganga river. Thousands of yoga aspirants from across the globe come to Rishikesh only to learn yoga. International yoga festival which is held annually is an added attraction. It is a weeklong festival wherein yoga lovers’ gets a chance to grab the ample benefits of yoga under the guidance of highly learned yoga teachers.

It is an ancient and a sacred temple situated around 20 km from Rishikesh. It is located on a hill at the height of 1330 mt. above the Swargashram and near the Nar Narayan mountain ranges. Temple is enveloped between the valleys of Manikoot, Brahmakoot, Vishnukoot, and in the place where the rivers, Pankaja and Madhumati confluences. Besides that the complex is surrounded by dense forests making it a best scenic treat. And, the 12 km stretch between the Swarg Ashram and Neelkanth makes a wonderful trek.

The temple is beautifully constructed adorned with ancient architectural designs and beautiful surroundings. It also has a natural spring where devotees take holy bath before entering the temple. The sanctum santorum houses a Shiva Lingam, the idol of the presiding deity. Devotees offer coconut, flowers, milk, honey, fruits and water at the shrine. And then they receives ‘Parshad’, the holy gift from God, in form of ‘vibhuti’ (ashes), ‘chandan’ (sandalwood) and other holy things.

If you are interested to see the place where Beatles, a famous band group of the 1960s had learned transcendental meditation, then come to Swargashram where the Maharishi Mahesh Additionally yogi ashram now known as the Beatles Ashram is located. It is best to take a road that starts from Ram Jhula. You will find the iron gate of the ashram at the end of this very road.  Ashram’s old buildings is narrating the story of Beatles journey of transformation and learning experience. Recently you can enter the complex by buying ticket. Beatles was the most popular band of 1960’s who had come to the Maharishi Mahesh yogi’s ashram to learn the transcendental meditation. Their visit brought Rishikesh into limelight and made it a world famous tourist and yoga destination.

Shivananda Ashram was started by Swami Shivananda in early 1930’s and since then had been providing intense knowledge of yoga to the people through its organization, Divine Life Society. The Society was formed on the principles of purity, nobility, integrity and magnanimity in the year 1936. Moreover ashram has different batches for men and women, morning for men and evening for women.

The Divine Life Society spreads the knowledge of yoga and spirituality through the regular publication of pamphlets, books, and magazine. Which give the knowledge of the different aspects of Yoga and Vedanta, universal religion and philosophy. Also Swami Sivananda promoted the idea that to become a member of the ashram, an aspirant yogi has to join the first three principles of the Yamas (moral principles as mentioned in Yoga Sutras of Sage Patanjali). The ashram is located near Ram Jhula.

As the sun sets thousands of people throng at Parmarth Niketan Ashram near river Ganga to witness the famous Ganga Aarti. It is a divine fire ceremony which is accompanied by the chanting of mantras, songs, prayer and rituals. Moreover in this ceremony people offer oil lamps to mother Ganga. Witness Ganga Aarti is a very soothing and heartwarming. And it is a time when we break ourselves from the stresses and attain divine light in our life.

Pujya Swami Shukdevanandji Maharaj (1901–1965) formed Parmarth Niketan Ashram  in 1942. Now the ashram has more than 1000 rooms in a clean, pure and sacred environment including beautiful gardens. In the ashram, people do yoga, preferably Vinyasa Yoga, Hatha yoga and yoga Nidra, universal prayers and meditation and listen to the Satsang and lecture programs. Besides natural cure and Ayurvedic treatment is also provided. Ashram also has 14 feet Shiva statue. Also Vijaypal Baghel of Himalaya Vahini planted the divine tree of heaven Kalpavriksha.

It is an ancient cave located towards the middle of a grove of Gular (Ficus) trees and slopes towards sacred river Ganga. Sage Vashishta who was one among the seven great sages of India (Saptrishis) and a teacher of Lord Rama is said to have meditated here for many years, making it one of the holiest places among Hindus. Also in 1930 Sri Swami Purushottamananda Ji is said to have visited the cave and established the ashram near it, and now the cave is being managed by the trust of Sri Swami Purushottamanandaj ji ashram. Moreover the cave is 60 feet deep and is naturally formed having Shiva Lingam inclined vertically towards its opening. To reach the cave, climb 200 steps, which becomes quite tiresome but at the same time mysterious and adventurous.

It is an iron suspension bridge over the river Ganga. Was build with a span of 750 feet (230 m) connecting Sivananda ashram with Swargashram. It is bigger than Lakshman Jhula. Only a pedestrian bridge, it also provides panoramic view of river Ganga and Rishikesh city which throngs with temples. The bridge is located 3km towards the North East of Rishikesh. Built in the year 1986 it became one of the most iconic landmarks of Rishikesh.

It is an iron suspension bridge over the river Ganga and is located 5 km from the town of Rishikesh. U.P.P.W.D. built the bridge during 1927–1929 in place of the old bridge of 284 feet span. Floods washed old one away in 1924. The bridge was opened to traffic on April 11, 1930.The bridge connects the two villages; Tapovan in Tehri Garhwal district to Jonk in Pauri Garhwal district. Also it was believed that Lakshmana, brother of Lord Rama had crossed the river on jute ropes in the very place where this bridge is located now. The bridge spans 450 feet. No toll or tax is ever realized for crossing it.

Patna Waterfall is 7 km from Lakshman Jhula on the Neelkanth Temple road. It is accessible only with a 1.5 km tough trek. Though h water is less but the beauty of the place is enough to attract the tourists towards it. And to add to it there are some limestone caves near the falls, and the drops falling from the stones is a wonderful treat to the eyes.

These are few but amazing things to do in Rishikesh. And it can make your vacations worthy, and believe you won’t get back without getting intoxicated by the religiosity and beauty of this place.