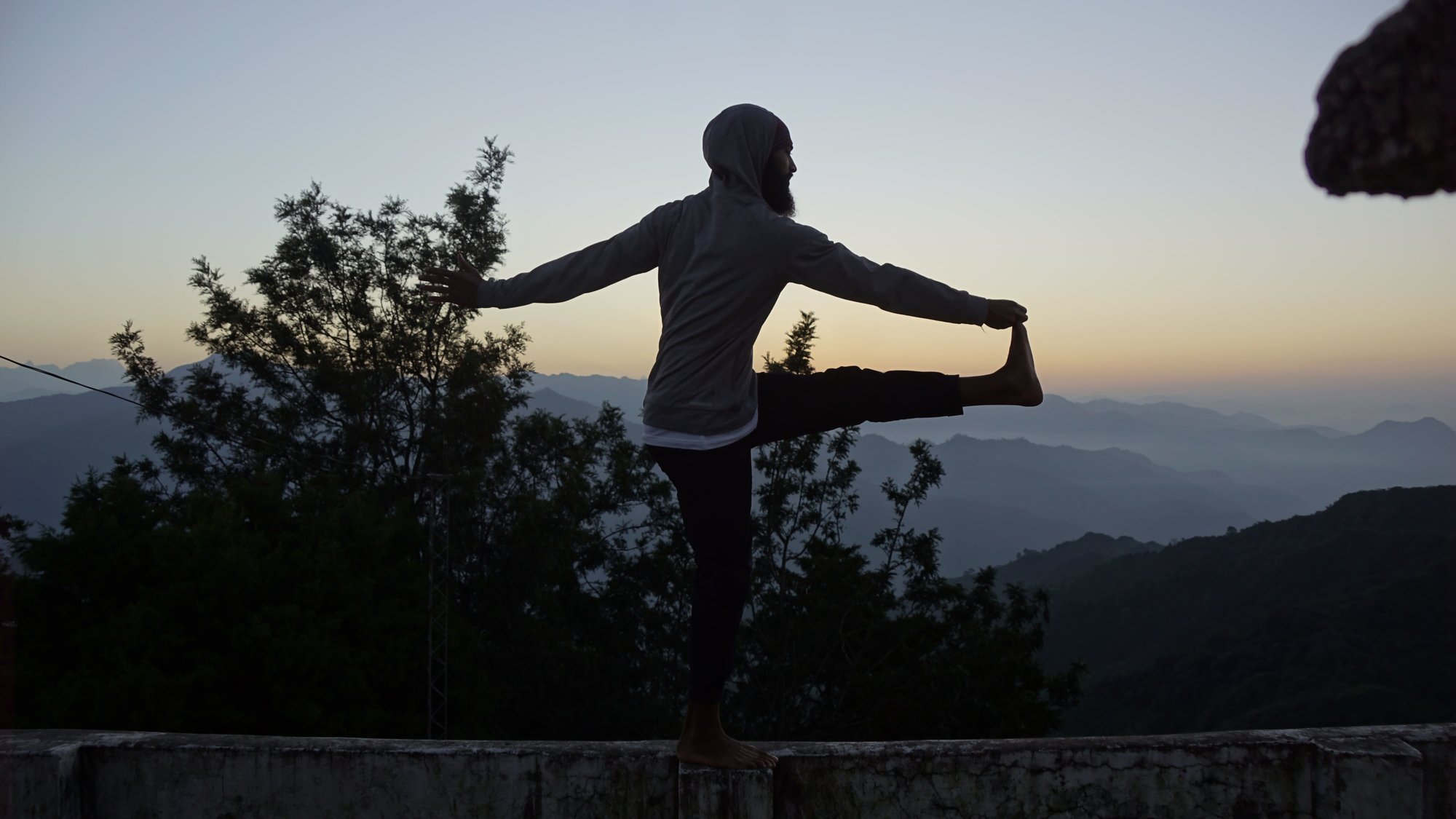 I was first introduced to yoga during physical therapy for a dislocated ankle and fractured fibula I suffered playing college football. From that point forward, I began supplementing my strength and conditioning program with yoga to improve joint flexibility, mobility, and stability. Following my college career, I decided to take a step back from weight training and began to attend yoga classes a few times per week to maintain my fitness.

One day during a Vinyasa Flow class, I unintentionally entered a state of meditation. When I realized what I was experiencing, it made me wonder if there could be more to yoga than just physical exercise. It was that moment, that created a desire for me to seek a deeper understanding of the history of yoga, and that search is what lead me to one of Rishikesh’s top institutions: Akshi Yoga Shala.

As soon as I arrived at the campus, I knew I was exactly where I was supposed to be, doing exactly what I was supposed to be doing. The entire Akshi family – from reception to facilities management, from dining services to the gurus themselves – immediately embraced your presence, and humbly welcomed you into their community. During orientation day the structure of the program was clearly outlined, expectations and requirements were established, and the start of our journey as students and teachers was celebrated with a fire ceremony.

The 200-hour course itself was immersive and demanding, but at the same time, it was fulfilling and manageable. Words can’t really explain the experience in its entirety – it is simply something one has to live on their own to truly understand and appreciate. However, what I can say is that by the end of the first day of classes, it was confirmed that there was more to yoga than physical fitness. In fact, I realized that I had never practiced yoga before. What I was doing is called practicing asanas. Moreover, yoga isn’t about handstands and impressive backbends. Yoga is an approach to life; a way of living based on thousands upon thousands of years of lived experience.

My 200 hours was a success. But, not because I achieved an advanced asana, passed a written examination, successfully led my own class, and received a Yoga Alliance certification. My 200 hours was a success because it made me realize that as a teacher, I will always be a student first, and a guide second. And that piece of knowledge was gained directly from the wisdom shared at Akshi Yoga Shala.